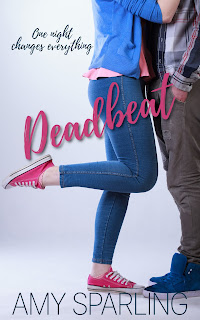 ​When seventeen-year-old Jeremy’s girlfriend agrees to do the deed, life can't possibly get better. And then the condom breaks.

He loves Elisa as much as a popular teenage athlete can love a girl, but he doesn't want to be a dad. Her parents want a marriage - his parents want an abortion, and Elisa and Jeremy's once-perfect relationship has been reduced to fights and drama.

With a college scholarship on the line and the whole high school mocking him, Jeremy makes a decision that may haunt him forever.


Available in eBook and Paperback 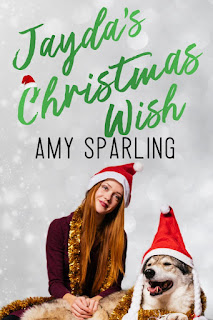 Jayda’s junior year started off bad when her boyfriend dumped her, and then it became worse when her mom got laid off. With every week that her mom doesn’t find a new job, things get tighter. Now the holidays are approaching and there is no money for presents. When she intercepts her little brother’s letter to Santa, her heart breaks knowing they can’t get the dog he desperately wants.

On a wing and a prayer, she writes her own letter to Santa, penning all of her holiday wishes that she knows can never come true because holiday magic just isn’t real.

Connor’s first Christmas without his mother is harder than he imagined. When a giant sack of letters to Santa shows up at his doorstep, he can’t believe he forgot that she used to reply to all the Santa letters in their small town. He’s about to throw them away, but then a letter from a girl he has a crush on catches his eye.

Jayda has sent a Christmas wish into the universe, and although Connor isn’t technically Santa, he does the only thing he can do to honor his mother’s memory. 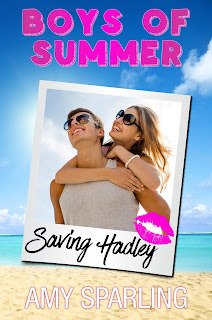 If suntans, saltwater, and a stubbornly cute guy can’t save Hadley’s summer, nothing will.

Hadley Parrish is having the worst luck ever. Her boyfriend dumped her for social media fame, her stepsister got into Harvard the day Hadley failed chemistry, and now she’s been blamed for a crime she didn’t do. As punishment, she’s sent to Sterling Beach for the summer to learn some “work ethic” and “manners” from her grumpy grandfather who she barely knows.

The beautiful beach is no match for Hadley’s epically bad mood, and she’s determined to spend every second of the summer locked in her room brooding. Her grandfather’s only rule is that she has to come out once a week, for Friday night poker. Hadley wants to protest, but then she meets her grandfather’s favorite poker player, Jeremy, the unbelievably cute guy who lives next door. Jeremy sees things differently after being granted a miraculous second chance at life. He’s not about to let Hadley’s bad mood ruin the best years of her life. In fact, he’s going to make it his mission to save her this summer. Even if it’s the hardest thing he’ll ever do.

Saving Hadley is a Boys of Summer Novella. If you like enemies-to-lovers, flirty banter, and page-turning sweet romance, this story is for you. It is a novella in the Boys of Summer series, a collaboration between several YA authors. They are all standalone stories that take place in the same fictional town. Escape to Sterling Beach today!