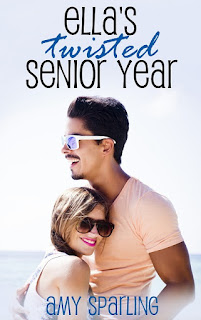 When a tornado takes her home, she's forced to live with the boy who broke her heart.

Having spent most of her senior year flying under the radar, the last thing Ella Lockhart expected was to have a tornado rip straight through her house, leaving her homeless. It’s bad enough that the whole school now pities her, but did her parents have to let the neighbors take them in?

Now she's sharing a house with Ethan Poe, her former best friend-turned-enemy. All those feelings she used to have for him are starting to rain down on her again. Too bad he's a jerk and his new girlfriend has territorial issues. Thanks to Mother Nature, Ella's house and her entire life have been turned upside down.

Ethan isn’t quite sure why Ella hates him so much, but he does know she wants nothing to do with him. He’s never quite gotten over the crush he had on her as a kid, and now that she’s living across the hall, it’s hard to stay away. His girlfriend isn’t helping the situation and when she shows her true colors, he doesn’t want to date her anymore. He wants to date someone like Ella. Too bad she hates him.

Buy on Audible | Buy on iTunes 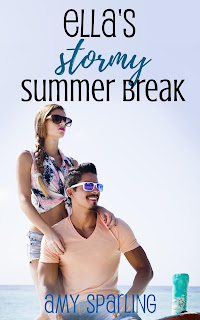 After surviving a tornado and learning the truth about their rocky past, Ella and Ethan’s romance has been pretty much perfect. Ethan’s T-shirt business is going so well that he’s planning to move into his own apartment, and Ella can’t wait to start culinary school next week.

When a hurricane forms in the Gulf of Mexico, Ella and Ethan’s plans for a summertime party come crashing down faster than the Category 5 storm that’s threatening to take their entire town. With their parents scattered in different places, and mandatory evacuations making everyone crazy, Ethan and Ella try to stay together on the crammed roadways, but soon they are lost in the fray.

Ella will have to keep her cool and figure out a plan if she wants to find her family, find her boyfriend, and get to safety before the harsh hands of Mother Nature threaten to take away everything she loves.