Believe in Me Series

NOW AVAILABLE AT ALL EBOOK RETAILERS 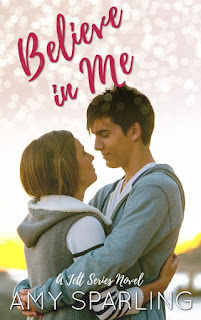 Jett Adams is the fastest sixteen-year-old motocross racer in the state. Growing up as the kid prodigy of famous racer Jace Adams, Jett has lived in a world of dirt bikes, money, and everything he could ever want. With more than enough girls to choose from, Jett prefers to stay single and live in the moment.

Keanna Byrd’s life has been one broken home after another. When her mom dumps her with the Parks for the weekend, Keanna is pretty sure her mom may never come back. Now she’s stuck overstaying her welcome with Park and Becca, who are nice enough, but she doesn’t exactly know them.

The Parks own a dirt bike track with the Adams and while Keanna is waiting on her mom to return, she spends a lot of time hanging out alone. Jett is under strict orders to make her feel welcome, but they’re from two different worlds and everything he does seems to get under her skin. Keanna has known guys like Jett before and she’s smart enough to stay away from someone whose looks can get him anything he wants. After just a few days, Jett can’t stop thinking about her. But if he wants her to see him as anything other than some cocky rich guy, he’ll have to show her his true feelings and make her believe in him. 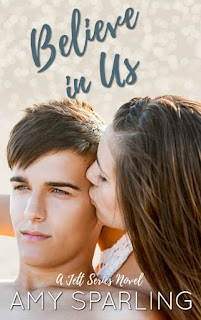 Keanna is just starting to get used to her new life in the small Texas town of Lawson. She has a wonderful boyfriend and a place to call home for the first time in years. The pain of being abandoned by her mom is lessening more every day. But summer break is almost over, and when Keanna’s new guardians register her for high school, she realizes there’s more to real life than hanging out with your hot boyfriend all day. School sucks, the people are mean, and no one thinks she’s good enough for Jett.

After accidently hearing about his mom having a new baby, Jett is ready to introduce Keanna to all of the boring, yet sometimes fun aspects of Lawson High School. What he doesn’t expect is how awful the popular girls are going to treat Keanna, especially because she’s his new girlfriend. He has a reputation around town and it’s not exactly the most welcoming as far as girls are concerned. When the pressure of everyone else starts making their relationship crumble, Jett has to fight with everything he has to keep his girl from slipping through his fingers. 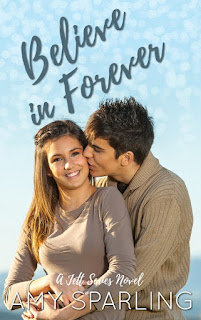 When Keanna’s mandatory weekly counseling sessions start taking a toll on her, she makes a plan to put high school in the rear view mirror. Lawson High is full of jealous troublemakers who simply aren’t worth it, and Keanna has a better life back home. She’s about to become a big sister, and her boyfriend is about to visit every track in the state on his way to becoming a professional motocross racer. She’ll stop at nothing to be right there with him.

Jett has a lot on his plate - from his job, to high school exams, and his internship with Team Loco Racing. Everyone keeps telling him to slow down, but all he wants to do is move forward. He’s got the perfect girl and the perfect sponsorship. What could possibly go wrong? 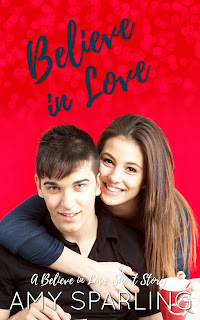 With her mom sick during the holidays, Keanna is stuck watching her baby brother while juggling finals for her first semester of college. Jett just doesn’t get it. His life is easy at the moment, and even when he tries helping out his girlfriend, it’s not enough. Keanna and Jett may love each other, but their first fight has them regretting everything. When Keanna wishes her problems would just go away—she gets her wish. In the worst way possible. Now she’ll have to figure out what really matters most to her if she plans on having a Christmas worth remembering.

Believe in Love is a holiday short story, #4 in Jett's Series. 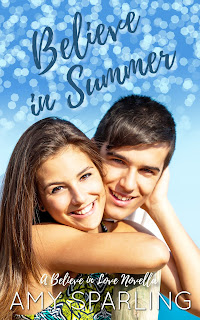 This is a novella (short story) that takes place one year after Believe in Forever.

With her first year of college done, Keanna can’t wait for a fun summer spent with her boyfriend Jett, and her family, particularly her baby brother. Jett wants the same thing, but he won’t be around much since he’s now racing every weekend for Team Loco. Time is tight, but he plans to spend every free second with Keanna.

When the two biggest motocross park owners in Texas are arrested for fraud, it’s up to The Track to take over the state’s motocross races. The move is good for business, good for motocross, and bad for Jett and Keanna. What was supposed to be a fun summer just turned into work. 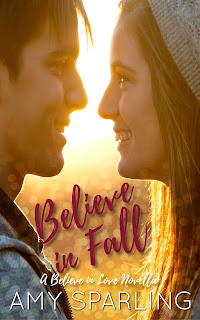 After spending the summer traveling with Jett for his motocross races, Keanna has to go back to the real world and start a new semester of college. Jett has secured his spot as the best racer on Team Loco, that is until a crash has him in a cast for the next six weeks. His plans are ruined but that just gives him more time to spend with Keanna. This will be one birthday she'll never forget. 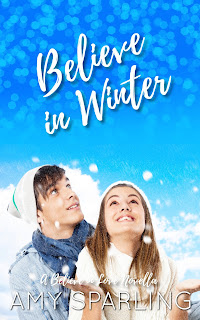 Jett and Keanna’s parents have planned a family vacation over Christmas break. They’re all heading to a resort in Colorado for skiing, relaxation, and time away from the crazy world of motocross. When bad weather strikes, Jett and Keanna get stranded in a place they’d been trying to get out of – Texas. Surrounded by paparazzi and annoyingly snow-less weather, the couple will have to make the best of a bad situation. 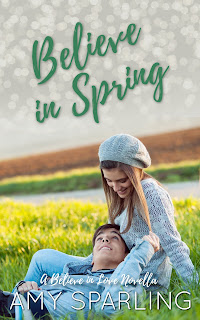 Jett and Keanna haven’t had much time together lately since he’s travelling the country racing for Team Loco and she’s stuck in college. When Spring Break rolls around, Keanna and Jett plan a week of traveling together that will be fun, adventurous, and give them some much needed alone time. But when a Team Loco fan reveals something about Keanna’s past, her new life crashes into her old one, and Keanna is forced to deal with secrets she tried to forget. 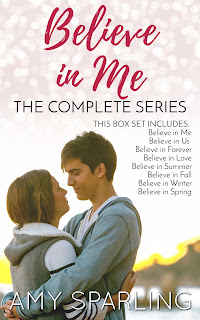 He's got fame... She's got nothing.
From the author of the bestselling Summer Unplugged series, comes Believe in Me, The Complete Series. Perfect for fans of Abbi Glines, Monica Murphy, and Kasie West.

The complete series in one collection.

Available in eBook or Paperback.