An interview with Isaac ben Levi 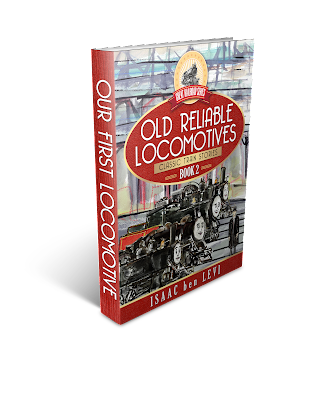 This delightful book series about a small railroad continues with Book 2 of classic train stories.  When a railroad further South sells four locomotives to the Ozark Mountain Railroad, the engines must learn to cooperate and get along with their new friend Andrew.  Join in the fun and excitement as Andrew’s new friends embark on their first year of adventures as the journey continues!

Reviews for Book 1 -  “Our First Locomotive”:
-           Well written and engaging historical fiction! What if locomotives could talk?  Beautiful illustrations show the grandeur of the railroad and their important and ongoing role in American commerce.  Engaging character dialogue captures the reader's interest and imagination. Look forward to future works in this series!
-           The characters are wholesome, encouraging, and kind of heart; something that is very important to our family.   The illustrations are beautiful and help spark the imagination as you read along.
-           All my grandchildren are fascinated with trains. This was a wonderful story to read to all of them. They range in ages from 3 to 7 and were captivated just as I was to follow the journey of this treasured locomotive. Beautiful illustrations with a story to match. I look forward to reading more from this Series.
-           Highly recommend! Wonderful reading for our sons, ages 5 and 9. Story line is engaging and pictures include authentic detail. Love the ties to actual history of the Ozark Mountain Railroad. Looking forward to other books in this series. Thanks to the author for including the free coloring pages on his website. And the Lego build is pretty cool, too!
-           Though I believe it's intended more as a read-aloud for younger children, both my 12- year-old and 9-year-old daughters loved this book. The story is engaging and the language is not dumbed down in any way. We are eager to read the next installment of Andrew's adventures when it is released. 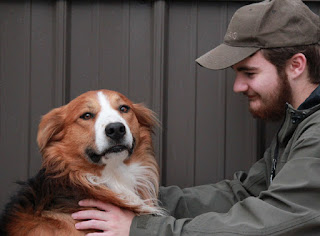 Isaac has always been fascinated with the railroad and history surrounding how it brought life to towns across the nation. He is currently a sophomore in High School and is an encyclopedia of railroad knowledge. His dream is to inspire children of all ages to learn about the impact of trains and perhaps one day build a line himself.
You can sign up for Isaac’s blog where he discusses the history of the railroad and often includes videos of interviews with local experts and museum visits. He uses this information to write the “Great Railroad Series.”
When he is not writing, you will find him in the Ozark Mountains enjoying all that life on a homestead provides. His beloved animals, LEGO trains, shooting sports, photography, art, science, survival skills, and reading are among his favorites.

Find the book on Amazon and Kindle Unlimited here.

Today we have an interview with Isaac! Read below to find out more about the author of this book.

Tell us a little about yourself and how you became a writer.

I’m 16 years old and live on a homestead in the Ozark Mountains. I became a writer when I had my first thoughts for the story that eventually became Book 1 of the ‘Great Railroad Series.’ I got excited enough about it, even though I was no fan of writing at the time, I wrote the story down.

What inspired you to write this book?
One key piece that I wanted for the series was for all the characters to be real locomotives that existed in some point in history. The main character in the series (and the inspiration) came from an old book I have published in 1950 by Edwin P. Alexander. One of the locomotives he described in short detail with a photograph and scale drawings was St. Louis Southwestern (SLSW) #412 which as readers of the first book will know is the main character Andrew. What made him a good possibility was finding out the engine had worked in Northeaster Arkansas for the Blytheville, Leachville and Arkansas Southern which was a railroad that the SLSW acquired. Finding this main character proved to be a major catalyst.

What are your other hobbies?

I enjoy reading and have since I was a baby (no joke, I taught myself to read at 2). I also have enjoyed LEGO modeling railroading since I was a kid. Caring for homestead animals is always enjoyable too and well as experimenting and inventing things around the homestead to make life easier. (Current project includes a Stirling Motor Locomotive).

Who are the authors that influenced you?

Being an avid reader there are many. Several of which I gave credit to in the acknowledgements of my first book.

How did you go about researching your books before you wrote them?

I try to be as historically accurate as I can be writing books. I have a large collection of old railroad books and magazines which have been the inspiration for many stories. There is a historical society museum that I visit monthly to dig through the archive collection and journals of historical documents has helped me immensely – especially with book 2.

Do you have any additional books in the works?

If you could co-write a book with another author, who would it be and why?

I am co-writing a book as of the present titled: Homestead Friends for older children which should be out in 2019.

If your readers could take away one thing about your books, what would you want it to be?

For me, history is important. If history is ignored, its mistakes will repeat themselves and my motivation for writing is to get kids excited about history and research more.

How long did it take you to write this book?