WHO SHE WAS by Stormy Smith

“Who She Was is full of rich, small details that bring the characters to life...A deft, emotionally resonant tale about family, love, music, and finding oneself.” - Kirkus Reviews 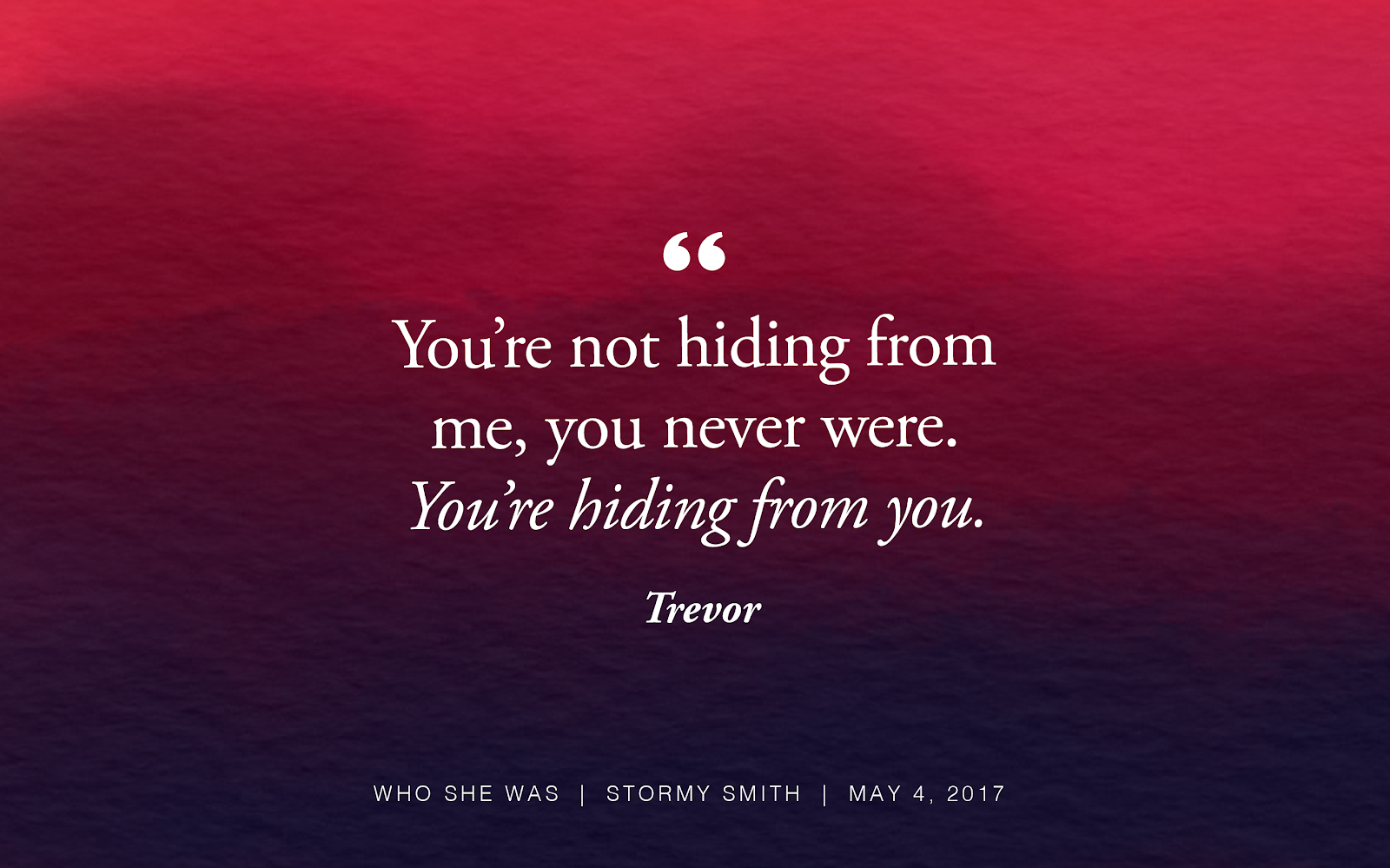 WHO SHE WAS is many things. It’s a friends to lovers story. It’s a hate to love story. It’s a story of how life is shades of gray amidst the seemingly endless rainbow of everyone else’s world.

Who She Was takes you down the path of childhood best friends separated by tragedy and reunited only to find themselves drawn to safety the other represents, even while it threatens their very existence.

Right now you can read Who She Was for just 99 cents. So take a spin through the first chapter and hopefully, you’ll join in for the rest of the story. 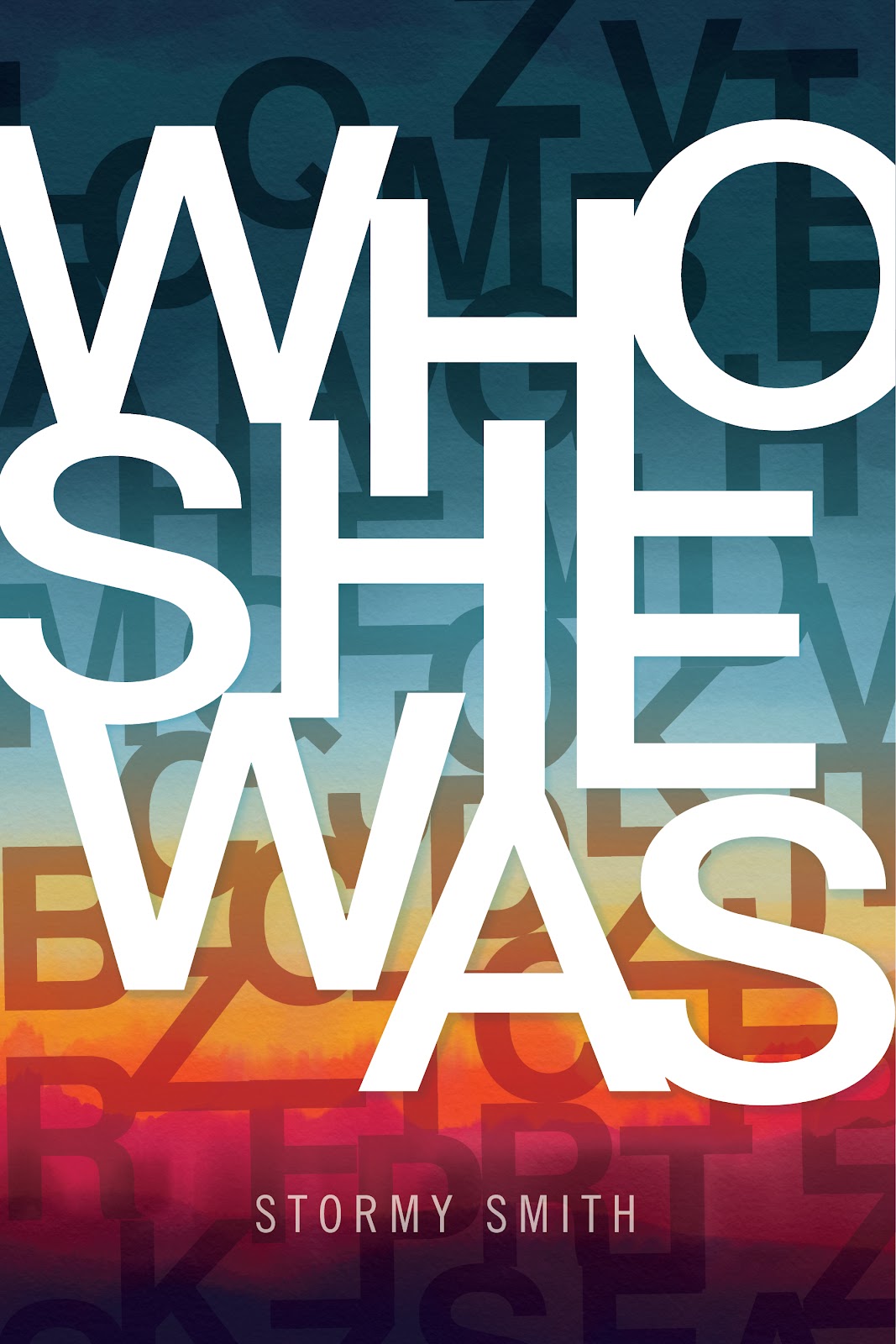 Who She Was by Stormy Smith

“Are you guys ready for this?”

The overly-excited frat boy in charge yelled into the microphone and the backyard of the Sigma Alpha house hit deafening levels. Inside their dingy kitchen, I shared a wary look with a few of the Kappa pledges.

“As much fun as we’re already having tonight, it’s about to get real! The fifth annual dating auction is about to start. That means the only thing standing between you and a hot little sorority pledge is your parents’ money!”

A petite redhead who barely looked fifteen, let alone eighteen, drew back the curtain of the kitchen window to peek out as he continued and then giggled.

“I can’t believe rush week is finally here and tonight is the auction!” She actually clapped her hands together and I forced my eyes not to disappear into the back of my head. “I hope Austin bids on me,” she gushed. “He’s so hot.”

“And you will be yet another notch on his freshman bedpost,” I muttered before I could stop myself. The girl behind me in line stifled a chuckle, and I smiled knowing there was someone else who understood how absurd this was.

I nodded. The line of sorority pledges filed forward through the kitchen to the back door as the emcee announced the next piece of meat up for bid. I kept my eyes forward and not on the half-filled keg cups and ripped open chip bags.

“Can you believe we have to go through with this just to pledge?” The girl twisted a piece of her hair and I didn’t miss the fear that flashed in her eyes. “The worst part was when I told my mom, she was actually excited.”

We took another step forward as I shook my head in disbelief. I hadn’t bothered to even tell my mother since it wouldn’t have mattered. Getting in was all she was worried about and Katie was the only one who ever mattered to her.

Then, I was next. I swallowed down my own anxiety and pressed my sweating palms down my skirt. It was tight and high-waisted, and my heels were higher than I was comfortable with.
Katie would have loved me in it.

I missed my Chucks.
My name came over the crackling sound system and I felt warm fingers encircle my own.

“You’ll do great, Charlotte,” she encouraged. I hadn’t even bothered to ask her name and she’d been astute enough to pluck mine from the bio being read to the crowd. I gave her a tight-lipped smile and returned the gesture even though I wanted to yank my hand from hers and wipe it off again.

I pushed through the torn screen door and pulled the humid August air into my lungs as I straightened my posture and put one foot in front of the other. My smile was so automatic it didn’t matter that I didn’t feel it anywhere but the shift in my cheeks—not too much teeth to seem fake, just enough for no one to ever think anything was wrong.

The emcee’s voice was lost in the cat calls. I heard bids of anywhere from five dollars to twenty as they commented on my rack or how my long hair would come in handy. My fingers tapped out a familiar rhythm onto my hip, one that I refused to acknowledge, but it was the only way I could keep circling the rickety stage.

I had to get into this sorority. It was what she wanted. It wasn’t optional.

“Two hundred and fifty dollars.” His voice silenced the crowd.

My smile didn’t waver as I let out a longer exhale and thanked whoever he was while also praying he wasn’t a psycho.

A sweaty, drunk guy helped me off the stage, and I was thankful when my heels sunk slightly into the ground because it was over and all the attention shifted to the next piece of cattle. I followed the turning heads in the direction of my bidder, who was still lost in the crowd.

The crowd shifted as their attention focused back on the next pledge up for bid. The light from the porch found him and he stood facing me, clearly waiting. For a split second, time stopped.
He smirked, catching my pause. The baby-face Trevor had the last time I saw him was gone. Instead, angular features and questioning eyes stared back at me.

I wanted to spin on my heel and run the other direction. Trevor was the slip knot of my life. The carefully intertwined ropes I’d wrapped around the person I used to be — the one he alone had understood and yet still abandoned — could be unraveled with one tug. He could destroy me and everything I’d done to atone for my mistake.

No one knew what I’d done. How it was all my fault. I’d never told anyone so he couldn’t know. It was a secret I desperately wanted to share so I no longer had to bear it alone, but knew I couldn’t.

“Fancy meeting you here, Charlie,” Trevor said as he pushed his thick-rimmed glass up his nose, failing to convince me he was any more comfortable with our impromptu reunion than I was.

I didn’t need him anymore. He was the who’d disappeared and left me all alone. It didn’t matter that he was the one who knew the rhythm I tapped out to get through the worst of times. Or that in an instant I remembered what real laughter felt like and the feel of ivory under my fingertips. It couldn’t matter. Not anymore.

I charged forward, auto-smiled and played the part I’d cast for myself.

“Charlotte,” I stated. “My name is Charlotte.”

If you’re ready to spend 99 cents to find out what happens next, click here. I can’t wait to hear what you think!


Full book synopsis: Trevor Adler loathes the music he used to love, but it’s the key to his full-ride scholarship and the ticket away from his dysfunctional parents. To kick off their freshman year, Trevor’s roommate drags him to a frat party, where he ends up face-to-face with his childhood best friend and finds himself entrenched in memories he’d rather forget.

Unable to let Charlie go again without understanding the truth of why she disappeared from his life and chose to become the type of person they always hated, Trevor is relentless in his pursuit of the girl he once knew.

Charlotte (Charlie) Logan is broken. Under her perfectly-crafted exterior are the shards of a shattered heart. A handful of angry words changed her life completely and Charlie’s never been able to forgive herself for the truth she’s hidden from everyone.

While Trevor pushes Charlie to remember the music that lit her soul and the laughter they shared, they find themselves reverting to a banter-filled rhythm that feels all too familiar, yet different now. When Trevor’s own secrets come to light, it becomes clear he and Charlie both must face their tragic pasts if they have any hope at a future together.

Buy it on Amazon

Author bio: Stormy Smith calls Iowa’s capital home now, but was raised in a tiny town in the Southeast corner of the state. She grew to love books honestly, having a mom that read voraciously and instilled that same love in her.

When she isn’t working on, or thinking about, her books, Stormy’s favorite places include bar patios, live music shows, her yoga mat or anywhere she can relax with her husband, twin sons or girlfriends.