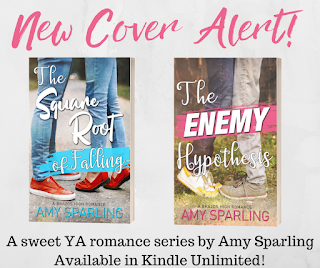 The Brazos High Romance Series has all new covers! These are Sweet and Clean YA Romances that are available in Kindle Unlimited. The next book, The Theory of the Boy Next Door, releases in November.
You can pre-order it at the link below: 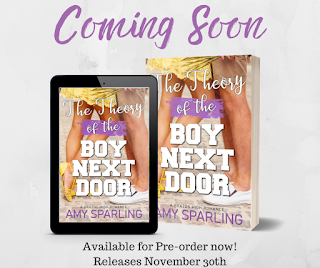 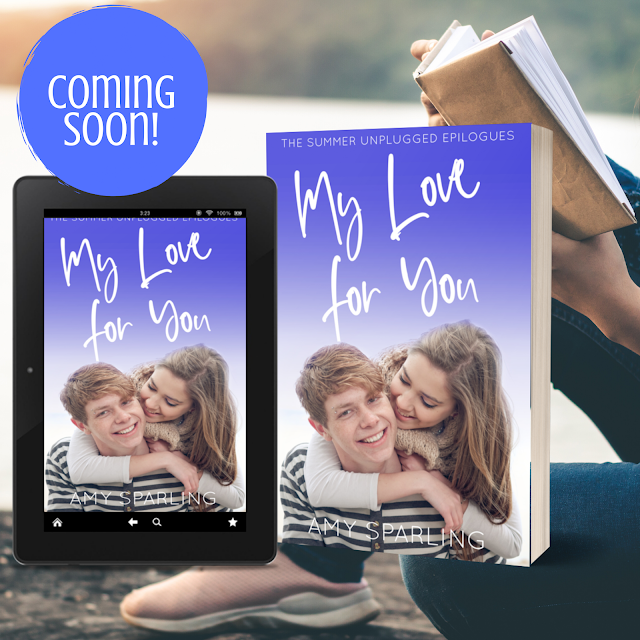 Did you know I have FOUR Free eBooks?


The three books below are FREE on all ebook retailers!
Click the images to download your free books from the retailer of your choice. 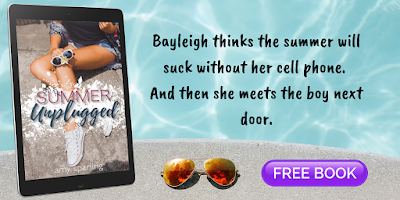 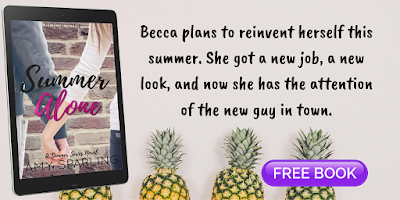 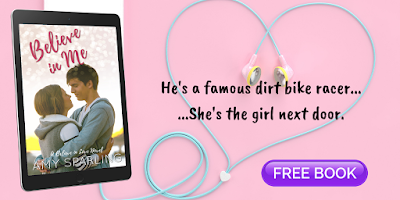 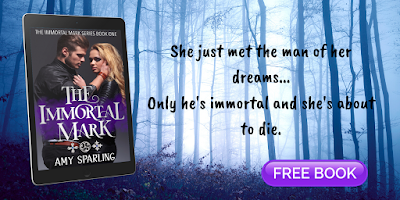 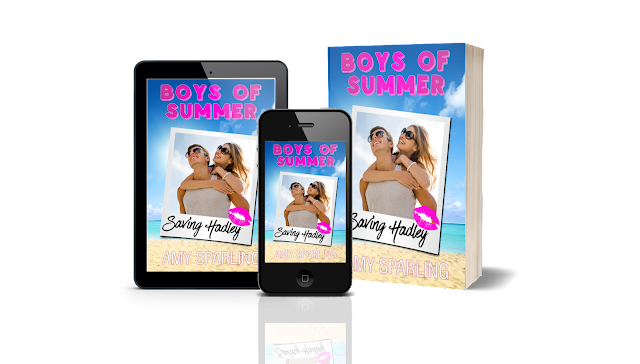 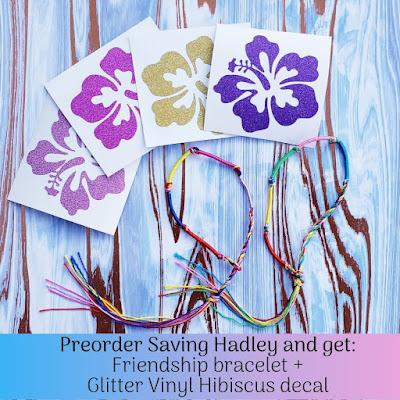 If suntans, saltwater, and a stubbornly cute guy can’t save Hadley’s summer, nothing will.
Hadley Parrish is having the worst luck ever. Her boyfriend dumped her for social media fame, her stepsister got into Harvard the day Hadley failed chemistry, and now she’s been blamed for a crime she didn’t do. As punishment, she’s sent to Sterling Beach for the summer to learn some “work ethic” and “manners” from her grumpy grandfather who she barely knows.
The beautiful beach is no match for Hadley’s epically bad mood, and she’s determined to spend every second of the summer locked in her room brooding. Her grandfather’s only rule is that she has to come out once a week, for Friday night poker. Hadley wants to protest, but then she meets her grandfather’s favorite poker player, Jeremy, the unbelievably cute guy who lives next door. Jeremy sees things differently after being granted a miraculous second chance at life. He’s not about to let Hadley’s bad mood ruin the best years of her life. In fact, he’s going to make it his mission to save her this summer. Even if it’s the hardest thing he’ll ever do.
Saving Hadley is a Boys of Summer Novella. If you like enemies-to-lovers, flirty banter, and page-turning sweet romance, this story is for you. It is a novella in the Boys of Summer series, a collaboration between several YA authors. They are all standalone stories that take place in the same fictional town. Escape to Sterling Beach today!

Saving Hadley releases on June 4th! Pre-order it for just 99c and then claim your pre-order goodies below.


For the second time ever, I'm doing a pre-order campaign! How does it work? Simply pre-order Saving Hadley in eBook or Paperback, and then fill out the form below with proof of purchase and I'll send you 2 gifts!
The colors will be randomly selected but if you have a strong preference, just let me know and I'll send you the color you want. :)

Read Chapter 1 from Bella and the Summer Fling

Book 2 in my Love on the Track series releases on February 22nd! But you can read a sneak peek of the first chapter here.

Missed book 1? Find it here on eBook, Paperback and in Kindle Unlimited. 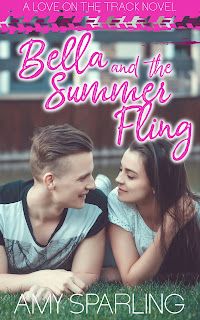 Introducing my new series, Love on the Track! 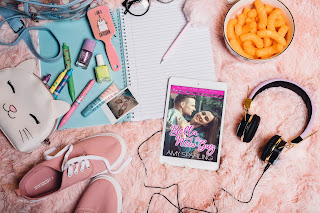 It's a new year and I have a new series! The Love on the Track series features two new characters and a small Texas motocross track! With cameos from Team Loco sprinkled throughout, you'll love Bella and Liam's adventure as they navigate their enemies-to-lovers relationship.

The first book releases on February 8, 2019. Check out the summary below:

Roca Springs might be a small, boring Texas town. But it’s my town. I’m about to graduate high school and I plan on spending every second of my summer break at the local motocross track. I need the lowkey vibes of a dirt bike track because my best friend is too stuck on her boyfriend to hang out anymore, and after royally humiliating myself in front of my crush, I have no desire to date any time soon. Dirt bikes are my passion. Not guys.

The last thing I need is for disgraced motocross star Liam Mosely to show up. He was kicked off his professional race team for being a stuck up, cocky, arrogant jerk, and after spending one day with him, I can’t say I disagree.

The guy is trouble.

Something tells me this summer won’t go according to plan.

Bella and the New Guy is the first book in the Love on the Track Series, a clean, sweet young adult romance.

Chapter 1 teaser from Forever and a Day 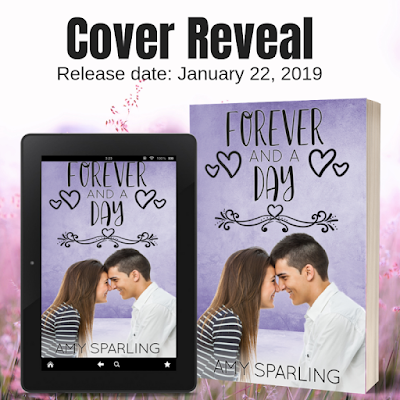 I'm so excited to announce the publication of Jett and Keanna's last novel! Forever and a Day will feature their wedding, and I'm writing it to be a standalone novel so you can read it if you haven't read the entire series. It will release on January 22, and the pre-order will go up soon. Until then, check out this excerpt from the book!

I roll my eyes at the absurdity of that title. Then I read.

It’s no secret that talented hottie Jett Adams has been off the market for a while now. After earning a reputation as a player, the bad boy racer settled down with a mysterious new girl that no one had heard of before. Millions of hearts were broken, but we thought she’d go away sooner or later. The southern girl from a broken home doesn’t have much to offer Jett, after all.
But then they got engaged, and those broken hearts shattered to pieces. Was this it? Was Jett Adams actually going to tie the knot with some backwoods girl who doesn’t deserve him?
Ladies, I think the answer is no.
I don’t know the reason – maybe focusing on his career? – but Jett clearly just wanted to take himself off the market, or at least make it look like it. So he found a girl to be his “girlfriend.” Now she’s his “fiancé,” and it’s been over a year since the massive Tiffany diamond ring appeared on Keanna’s finger, but guess what? No wedding has been planned. Sources close to the couple (if you can call them that) have confirmed that no Save the Dates have been sent out, no wedding planning has taken place, and there’s absolutely no talk of them actually tying the knot.
We’ve all been bamboozled.
That’s good news, girls. Jett only wants us to think he’s off the market. Clearly he’s not.
I wonder how much Keanna got paid to go along with this ruse? It’s a story like something straight out of a pathetic Hallmark movie. Only in the real world, Keanna, he’s not going to fall in love with you. You are just a business transaction.
Case closed.